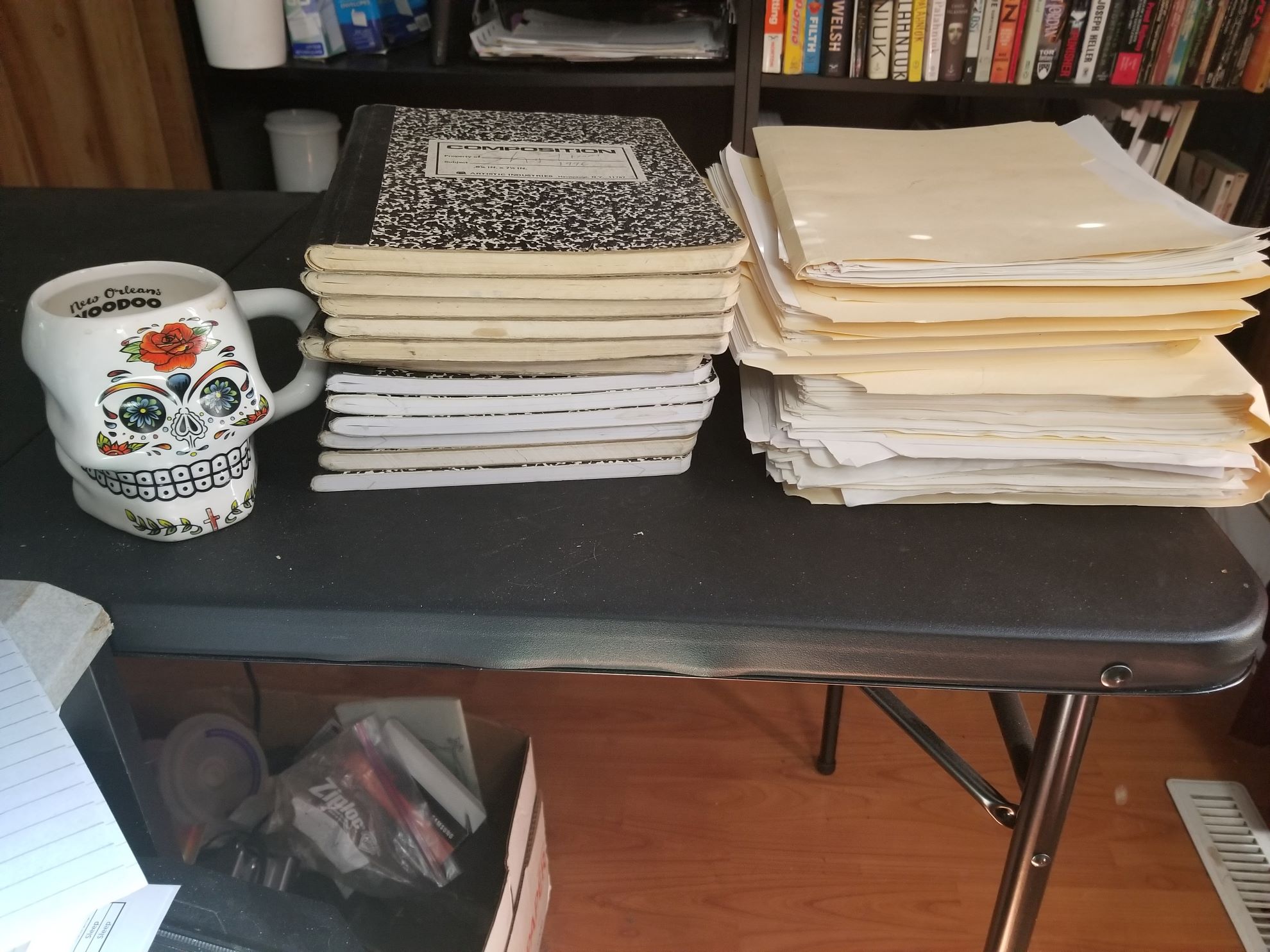 I have been in love with fear for as long as I can remember. Maybe it’s being born in Maine and growing up nursing a healthy dose of Stephen King that made me that way, but horror has always been a fascinating genre for me. While I love fantasy and science fiction and numerous other genres, horror has always called me the hardest.

I’ve written hundreds of stories over the years, almost all burned or sitting in a digital-first draft graveyard. Most were short stories, a few were novels, but another type of writing dwarfs them all combined in both quantity written and words slung.

In March of 1991, I went to the movies with some friends. The movie we were supposed to see eludes me at this point and the journals I would have documented it in are long since lost along the trail of life. The movie I went to see is irrelevant, but the movie I did see changed my 14-year-old self. The movie we saw was The Doors by Oliver Stone. It was my first introduction to the music of the Doors and as such, the first time I had heard of Jim Morrison.

This was just before grunge broke and Nirvana and Pearl Jam, Alice in Chains, STP, Soundgarden and others entered my life. I’m currently sitting here in my early 40’s listening to Dylans’ Highway 61 Revisited. Music has always given me a soundtrack to my life. Most of my memories are tied to the lyrics of the music in my life at that moment.

Listening to the Doors and the getting my hands on The Lords and the New Creatures, Wilderness, and finally, The American Night all within a short period of time from the local book store, brought me to a new stage in my creative development.

I hated poetry when I was in school. Or I should frame that as, before Jim, I hated poetry. When I got my hands on The Lords and the New Creatures I turned to the first page, which was page 11 and read one line, “Look where we worship.”

That was it, the entire poem. I didn’t understand. There was no rhyme, there was no rhythm, there was no alliteration. This wasn’t a poem… Was it? This was a statement, but it was powerful to me then as poetry is to my life now. It was still a while before I became a poem. I was 17 and in my Jr Year in high school before I really started to dive into poetry. I told nobody about. it. I kept it to myself and only shared a few of my poems in my senior year creative writing class to pass the class. They weren’t even my best ones.

In 1995 to 1996 I stopped writing the short stories that passed my time and wrote poetry with a feverous pace. Once I knew I didn’t have to write about love, I wrote about death. I wrote about pain. I wrote about the underbelly. I discovered the writings of Henry Rollins and of Jim Carroll. The beat poets. I discovered a world that was outside of what I knew poetry to be.

It was during this period over twenty years ago, god, where the hell did the time go, that I started referencing my poetry as Lucid Dreams. Don’t ask why because I don’t remember. Possibly because they felt like a dream. Possibly it was because they were a short escape that painted an image like a dream to soft to hold, to hard to forget, disjointed and slightly confused.

I won’t pretend that I wrote really profound things in the beginning. I was exploring the world in a new way and I was young. I thought I could understand and interpret the world through a new lens, but I was oblivious and isolated and lacking the context to think deeper than a 17-year-old from a small town could.

Like all of the other types of writing I’ve done, the poet in me fell silent for a period of time. I wouldn’t allow myself to dive deep into talking about a world so broken. I let my fear of what others would think hold me back. I’m kind of done with that now. I’m past worrying about what others think or caring about what the consequences might be. I used to be afraid that people would think I was crazy for being different, that they wouldn’t understand that sometimes writing the things I wrote in the way that I did was just telling a story. For me poetry is painting with words.

I write them for myself, but I’m willing to share them with the world now. Poetry will be coming soon.

What are you looking for?

We use the Divi template by Elegant Themes on our websites. Below is our affiliate link. If you click and purchase the theme, we will receive an affiliate commission.

The Wicked Good Life - The Life We Live